Benefits of Keeping a Journal – Part 2: My New Year’s Review

Benefits of Keeping a Journal Part 1

I’ve kept a journal (or diary) for the last 33 years. I started it when I was in my mid-30s. At that point, I’d been in therapy for five years, during which time I’d gotten the emotional strength to deal with my first marriage. Both my first wife and I were way too young (21 and 22) and immature when we married, and after nine years we were both very unhappy. The first year of therapy helped give me the ability to see and actualize a separation and divorce. During the next four years, I met, courted, and married my second wife. By the time I remarried, I thought I’d grown a lot through therapy and that it was time to quit.

By then, I’d gotten used to having the sympathetic listening from my therapist and understood how important it was for me to be able to “download” to someone, and I decided that the journal would be my new “listener.”

I found that I liked keeping a journal and I’ve never stopped. I wrote an entry every day by hand until 1993, when I became computer friendly, and have written digitally on a daily basis ever since. I’d estimate that by now my journal is about 15,000 pages.

In hindsight, I can see that about half of my entries for the first 15 years were me whining about how “unfair” some of the people in my closest relationships were being toward me. And while writing about it in my journal was certainly a better choice than badmouthing, criticizing, or complaining to whomever would listen, I was still repeating the pattern of whining without doing anything about it.

One of the great benefits of journal writing for me is that after I’ve written the same complaints a few times I start to get tired of listening to my own complaining, and then realize I need to take one of the only three options for any situation:

Remove myself from the situation

After leaving therapy, in addition to keeping a journal I went to a variety of human potential workshops, which gave me more insight into my own patterns of thinking and behaving and a greater ability to see other people’s patterns, and to learn both how alike and how different we can all be. I came back to therapy about four years later and continued to learn about my own and other people’s psychological and emotional makeup—and our ability to change if we have the motivation to do so.

A few days ago, I was at a party and ran into an old friend who is the chancellor of a large school for therapists, and he told me a joke. The setup was a question: “How many therapists does it take to change a light bulb?” The punch line was “One . . . if the light bulb is truly ready to be changed.”

I finally became ready to change my habit of whining. Part of what catalyzed this change was Ron Levine, PhD, my therapist at the time, introducing me to new knowledge about the brain.

In learning about recent findings of neuroscience, I came to understand that although all of us are born with the same components of our central nervous system—which includes our brain and the neural circuitry throughout our body—the “wiring” and signal system for each of us is unique. I think of that unique wiring as being parallel to our unique fingerprints that, to the naked eye, look the same on the surface but, when magnified, are revealed to be one of a kind. It’s this unique wiring of our brain and the rest of our central nervous system that makes us think and act in different ways.

Scientists tell us that we are born with over 100 billion neurons in our brain. Over time, starting in our infancy, they organize themselves to create who we become psychologically, emotionally, and biologically, as we interact with the world. Many in the scientific community believe this process of development lasts long after adolescence. I personally believe the process continues throughout middle age and perhaps throughout our lives.

I realized that every unfilled expectation is due to a story we made up about whatever it is that happened. When we think that someone is “wrong” for the way he or she treats us, it’s because we’re telling ourselves a story that justifies our belief that that person should be the way we expect or want that person to be instead of the way he or she is.

We all believe that our story is “the only true story” and that the other person should think and act as we do. It’s human nature for most of us to understand intellectually that these stories cause us to react as we do, but most of us leave it at that—as a kind of abstract thought—and still keep getting upset. It’s similar to how a cigarette smoker reads the “smoking causes cancer” warning on a pack of cigarettes and smokes anyway—unless one day the smoker finally gets the truth of the warning and stops smoking.

When I finally “owned” that another person isn’t wrong to have different reactions than I expected or wanted, I felt no need to whine anymore. I recognized that the other person was just coming from his or her unique truth, which was assembled by that person’s unique wiring and with unique operating principles based on his or her unique life experience.

An extreme example is, let’s say, that you’ve been in a long-term relationship with a “wise guy” or “wise girl”—someone who thinks he or she is too smart to earn a living in an ordinary way—and the person acts in a positive way toward you while you’re in the relationship, but after you break up he or she steals something from you. Obviously, that wouldn’t be a good thing, and I’m not saying that you have to like it, but that wise guy or girl is doing exactly what his or her nature is, behaving exactly as he or she is wired to behave.

I believe that deep down we know all along what such a person is capable of but we never believe that the person would turn on us and do something like that because, we tell ourselves, that person loves us.

Of course if this were to happen, we would have an emotional reaction to it—anger, grief, and frustration—and perhaps a significant financial loss. But we’re forgetting that our emotional reaction is coming from our belief that our story, the one we made up – that that person wouldn’t steal anything from us because the person loves us — is the only true story.

When we believe our story is the only true story, we fail to be mindfully aware of the differences between our wiring and other people’s wiring. Whining about these differences and the hurt feelings that come from our unfulfilled expectations isn’t going to do any good. Our job is to observe what is actually going on as opposed to the story we are making up about it, and to figure out how to accept it fully or negotiate a satisfactory resolution with other people or to walk away.

Now whenever I find myself whining in my journal about a recurring issue, I ask myself if this is another example of me doing the same thing over and over and expecting a different result—which is a definition of insanity. Keeping a journal has helped me notice my whining, and, gradually, to acknowledge and accept people’s uniqueness, and this has enriched my life. 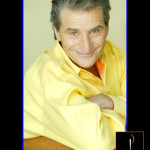