Taking Care of My Mother at 96

Five years ago, my mother was 90 and still living on her own in an apartment. She had simple habits. She had a helper who would make sure she had lunch and dinner on her table and drive her on errands. The high point of her day was going to Gelson’s, an upscale supermarket, 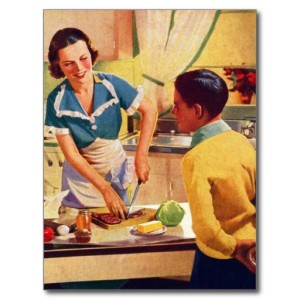 where she’d sit for hours over coffee and a sandwich, watching strangers. Most of the people she’d known or spent time with had died long ago.

Sunday Brunch was the highlight of her week. I’d pick her up, and we’d go to a Beverly Hills deli, where we’d meet my children—her grandchildren—and the waitresses always made her feel special.

It was a good arrangement for all concerned. My mom felt good about herself being independent, and I carried on with my life, simply calling her a couple of times during the week and doing my dutiful Sunday ritual.

Then things changed. She got a toothache that morphed into an infection, which at 90 could have led to a health disaster if she didn’t take the proper care, and she came to stay with me for a few days.

Seeing My Mother through New Eyes

I hadn’t lived with my mom for over 40 years, and it was an eye-opener for me—I hadn’t realized how delicate and unsteady on her feet she was. After a few days she went home, but I felt differently about her. Another couple of weeks went by, and the tooth became a problem again. She moved back to my house, and six years later she is still here, sans toothache.

I could have found another arrangement, an assisted-living apartment, or had her stay in her own condo with people living in to take care of her, but my personality DNA shouted out, “FAMILY IS FAMILY. SHE IS MY MOTHER. AND IT’S MY OBLIGATION TO DO THE RIGHT THING BY HER!”

Fortunately I have a big house, with an extra room and bath, and a housekeeper that can help take care of my mother’s needs and provide company for her.

Taking care of my mother in my house has its rewards and challenges. One reward is seeing firsthand, up close and VERY PERSONAL, changes that can come with being 96. Witnessing how she has changed in old age has created a comforting model for me, suggesting what may be in store for me in my old age. My mom is super sweet and an inspiration in terms of how aging itself can lessen challenging personality traits.

My mother has always been HIGH-DRAMA. She can’t separate her feelings from facts. If she thinks something is true, nothing can change her mind. In the past, this trait made any perceived insult a call to a possible war.

In other words, my mother believed that everything the voice in her head said was actually true, and her “fight-or-flight” mechanism sprang into action like a rabbit hearing a gunshot. She immediately acted on it, no matter how far off base the voice in her head was or what others told her was the truth, and she perceived every situation as a possible disaster. I’ve always thought of these personality characteristics as her demons.

How Age Has Changed My Mother in a Positive Way

Nowadays I see my mother outliving these demons. Though the demons are still there, they no longer have teeth—they have lost their intensity—and she is more even tempered and pleasant company. She reads a few books a week (although she forgets a book as soon as she’s read it) and enjoys eating meals with my girlfriend and me, watching a movie with us, and spending time with family and friends who come to the house.

Seeing her outlive her demons gives me hope of finding even more joy and peace later in life by outliving mine.

The Challenges That Remain

The other side of the coin is seeing that some of her difficult personality traits won’t fade! She still embarrasses me by praising me in an over-the-top way that feels to me more like a performance in an opera than normal motherly praise.

But I’m grateful to her for bringing me into the world and for doing the best she could to raise me. This gratitude helps me let go of resentments, both past and present, and yet it doesn’t prevent me from being fully self-expressed with her if she says something that hurts me. I owe this to myself for my own growth as an authentic person who expresses his feelings with sensitivity and care. But I don’t expect what I say to change my mother in a substantial way. I accept that she is who she is.

Revising the Past and Looking into the Future

In addition to the changes I see old age bringing about in my mother’s personality, every day I also see her rewriting her life story. Until recently, she spoke about herself as having been a Depression-era child living with a passive father who was struggling to make enough money to put food on the table and a domineering, emotionally stingy tyrant of a mother who threw my mother’s older sister out of the house when my aunt was a teenager. Now my mother tells the story of her childhood as a sentimental, nostalgic movie in which her mother is making cookies and singing her to sleep, while her father, who was a woodworker, finishes one fantastic piece of art after another.

Watching my mother as she rewrites her history and turns a painful childhood into an idyllic one has its inspirational quality. It shows me the possibility of recreating my own history when I’m elderly!

Another fabulous benefit of having my 96-year-old mother living with me is that I can identify with her long life instead of the short life of my dad, who died at 38. I can disavow my dad’s genetics and hope that my longevity genes came from Mom’s side.

Most of all, taking care of my mother in her old age is helping me to grow into a more understanding and compassionate person.