Taking Care of My Mother at 96

My girlfriend and I recently had dinner with two close friends, who asked my girlfriend how it’s going living with me and my 96-year-old mother, and she responded, “It’s really good.” Both friends looked back at us quizzically, and one of them said, “I’m surprised because she’s never liked any of Steve’s girlfriends. What’s your secret?” My girlfriend gave a simple answer, which I summed up as saying that it comes down to her having “an abundance of love.”

As the conversation continued, we all agreed that my mother has always feared that another woman in my life would lead to her being abandoned. Apparently, my mother has a point of view that there isn’t enough Steven to love both her and someone else. In other words, my mother comes from the perspective of scarcity. 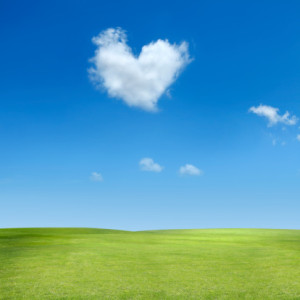 In contrast, my girlfriend believes there is an infinite amount of love for everyone and everything, including loving and respecting herself and trusting that I have enough love for her and for my mother, my children, and everyone else. This perspective, that there is an abundance of love, creates the space for happy coexistence with everyone. She explained that knowing that there is an abundance applies to her acceptance of my mother even when my mother is being critical or hurtful, that she doesn’t need to defend herself or try to change my mother or my mother’s way of thinking. She knows that it’s just my mother’s wiring, and she loves my mother as she is.

The Same Logic Applies in the Business World

That conversation reminded me of the situation I experienced at a business lunch earlier the same day, discussing the pros and cons of a new and ambitious project.

One of my colleagues—a good, all-around intelligent person and a great businessman—started off with the position that it would be “a waste of money” to hire attorneys to “paper the project” at this time, and my response was, “I believe we’re ready. If we hire the best people, and give them the proper road map, the experience will pay for itself one way or the other.”

A difference between my colleague’s view and mine was that he came from the perspective of scarcity—“We can’t afford to waste money”—while I came from the point of view of abundance, believing that even if we were to spend the money and then ultimately decide not to pursue the project, it was well worth the gamble, and we wouldn’t be affected by the loss since it’s only a fraction of 1% of our worth.

Abundance and the First Moon Landing

The discussion of abundance vs. scarcity made me think about America’s space program. Our first astronauts landed on the moon in 1969. In the 45 years since that first moon landing, there’s been an ongoing debate about whether putting men on the moon was worth the expense.

People who come from scarcity say, “What did we get other than a bunch of rocks from the moon, Tang [a powdered orange juice substitute], and Teflon [the metal developed for the heat problem of reentry]?” I, on the other hand, go with the abundance-minded people, who say, “If you add in all of the ancillary technology that was created in order to get the astronauts back and forth from the moon, it was an incredible return on investment that resulted in technology that’s driven the Digital Age.”

It’s Up to Us to Choose

Like them or not, events both good and bad, and even tragic, happen; the only choice we humans have is how to react to them. Do we react to these events from the perspective of possibility—in which we see an abundant universe with the possibility that we can, despite the obstacles, experience some fulfillment even in extremely challenging situations—or do we react with panic because we believe that the universe will not support us; do we see a scarcity of possibility?

The late Dr. Randy Pausch, a professor of computer science at Carnegie Mellon University, became an inspiration when, in his mid-40s, he was diagnosed with pancreatic cancer and told that he had only a few months to live and, shortly after, on September 18, 2007, gave “The Last Lecture,” about the necessity of maintaining the sense of wonder we have as children and his decision to have fun and enjoy the remainder of his life.

“The Last Lecture” video, seen by millions of people across the Internet, became the basis of a book by the same title, which Dr. Pausch co-authored. Despite knowing that his life would have an early end, Randy Pausch viewed his situation from a perspective of abundance—focusing on the wonders he could experience and enjoy in the time he had, instead of looking at his situation from the point of view of scarcity.

I once heard life defined as “a sexually transmitted terminal disease.” Looking at life that way, we might as well shoot ourselves at birth. If we look at life as a glorious opportunity to travel the universe for as long as we can, we’ll never want to shoot ourselves. The first perspective is coming from scarcity; the second from abundance. The end is the same, but the experience of the voyage is totally different. The choice is ours.