The Interplay between Mindful Awareness and the Brain as “Anticipation Machine” 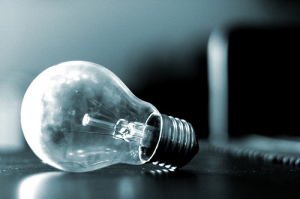 For the last two weeks, I’ve been writing about how the culture of an organization can undermine its mandate or mission statement and that when this happens, it’s always done silently and in a stealth manner in the sense that people in the organization aren’t aware of it.

An example of how I replaced an old dysfunctional Organizing Principle with a new supportive Guiding Principle is my belief about the Golden Rule. In childhood, I held the belief that the Golden Rule—“Do unto others as you would have them do unto you”—meant that I had to give people, especially people close to me, what they wanted, whether or not I thought it was a good idea and whether or not I wanted to. If I didn’t give them what they wanted, I would feel guilty and ashamed. As you can imagine, I had a great deal of trouble saying no, and this created a lot of stress for me.

There are four Guiding Principles that I find very powerful in supporting me in business as well as in my personal life. They are:

When we’re on automatic pilot, we are wired to assume that the voice in our head is telling us the truth, and that this truth is the only truth, when, in fact, it’s not!

When we remind ourselves that the voice in our head isn’t us and isn’t our boss we can manually override it and look at all possible ways to handle a situation without being attached to our inner voice’s point of view. This frees us to make a mindful choice about how to act in each new situation, and increases the possibility of a more fulfilling outcome.

Feelings Are Not Facts

When we’re on automatic pilot, the voice in our head turns our feelings into facts simply because we BELIEVE that they are true. The reality is that no matter how strongly we feel something, we may be wrong!

Remembering the Guiding Principle “Feelings are not facts” opens us to THE WORLD OF POSSIBILITY, which is inaccessible when we have a closed mind that believes we are RIGHT!

The Truth Is Just the Truth

“The truth is just the truth” is an especially important Guiding Principle in business as well as in our personal lives. It reminds us to let go of the SIGNIFICANCE of HOW WE FEEL ABOUT A SITUATION and simply allow the situation to be the way it is and deal with it from there. It reminds us that how it is is just how it is—regardless of how we feel about it. This understanding frees us to act based on the facts, not on our interpretations and feelings, opening us to possible courses of action that otherwise we might not see.

Let’s say, for example, that something upsetting happens that we consider our fault. If we’re on automatic pilot and allow ourselves to be run by our emotions, our inner self-critic may well start “shaming and blaming us.” As a result, we may try to hide our shame and guilt by covering up what we’ve done, or by withdrawing into a cave and hiding out altogether. When we do this, we’re unaware that we are letting our perception of shame control us instead of accepting the situation simply for what it is and going forward to make a mindful—in other words, appropriate and responsible—choice about how we can respond.

When Something New Happens, I Go Back to My Old Ways

The last of these four major Guiding Principles, “When something new happens, I go back to my old ways,” reminds us that no matter how evolved we may be, we don’t “own” enlightenment; whatever we’ve learned can be forgotten in a nanosecond if we are caught off guard. When this happens, our first response is likely to be the automatic-pilot reaction based on our old Organizing Principles. In fact, the more upsetting a situation is, the more likely we are to react initially with our old default programming.

Once we remind ourselves that new circumstances often trigger us to act based on our old dysfunctional beliefs, we can also remind ourselves to manually override our programmed, automatic-pilot response and start actually being in the present and mindful right now!