What I Learned in Acting School

The Intersection of the Super Now and the Cyborg World

FILMS THAT, FOR ME, HAVE STOOD THE TEST OF TIME

One of my all-time favorite movies is Defending Your Life by Albert Brooks, which played in movie theaters in 1991. Over the years I’ve probably watched it twenty times, and every time I’m more impressed with it. The plot centers on a guy who is a yuppie—a young, upwardly mobile professional—in his 40s (played by Albert Brooks), who has a great day, takes delivery of his new BMW, and, while fidgeting with the electronics (if it were today, he’d be texting) takes his eye off the road and gets in a terminal accident with a bus. All of this happens in the first few minutes of the film. Next we see him riding on a tour bus that looks like he’s at a theme park, except he and all the other people on the bus are groggy, and, as they soon find out, they’re not in a theme park, they’re in Judgment City,an intermediate step between their death and what’s next.

The next morning, he meets his “big-brained” attorney, who explains that we humans on Earth use only 3% of our brains while he and other advanced beings in Judgment City use over 40%. He also explains that Earth is where humans have an opportunity to learn their lessons for the plane of existence that comes next, after they have completed what I think of as “the lessons of karma,” all of which have to do with learning to get beyond a fear-based existence. The purpose of Judgment City is to determine whether a person who has died learned to let go of fear and to trust the Universe in the life he or she just lived.

The movie is witty, charming, and has everything we need to know to truly live in the NOW.  Everyone who has come to Judgment City goes on “trial,” during which, in the presence of their advocate, prosecutor, and judges,they watch different scenes from their lives played back for them. It is a fabulous way of bringing to our attention that unnecessary fear takes up a great deal of our lives, that we worry about the future instead of living in the present because we are controlled by our fears. We are also introduced to the possibility of how small our thoughts are in comparison to our potential, and the realization that we limit our thoughts because we are so filled with fears.

Albert Brooks’s character is an embodiment of the neurotic man while the film’s female protagonist (played by Meryl Streep) is the role model for someone who has completed her education on the wheel of karma. One of my favorite scenes shows Meryl Streep’s character’s more evolved past lives as experienced in the Past Life Pavilion, where those who have just died can view up to five of their incarnations. Looking over her shoulder, we see that each of her prior lives is more amazing than the last—she is even Prince Valiant!—whereas the prior lives of Albert Brooks’s character (who I very much identify with) show him running away from one frightening situation after another, including one life where he was being chased by spear throwers.Here the movie touches on how we eventually find our soul partners and advance in spite of ourselves.

I love this movie because it drives home the point that we are born, we live, we die, and the only thing that matters in the end is whether we let our spirit live to its potential. Did we play our part in building the infinite “spiderweb” that is All That Is?

For me this movie is priceless, like the book Illusions by Richard Bach, like The Simpsons, and the score from the musical A Chorus Line, all of which have the answers that comprise the keys to the lessons of the Universe.  I think it was best said by Carlos Castaneda in The Teachings of Don Juan.  To be what Castaneda calls “a man of knowledge,” you must get over fear and become clear.  Fearlessness and clarity combine to create great power, so the next job we have is to learn the art of being powerful with grace, ease, and integrity.  The last of Castaneda’s four lessons is that we never own that state and we have to keep working at it as long as we live. I love watching Defending Your Life and being entertained while I’m also being reminded of important life lessons. 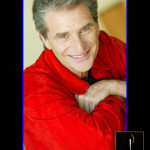