How Organizing Principles and Acts Are Related

Culture vs. Mandate: How a Company’s Culture Can Erode Its Mandate 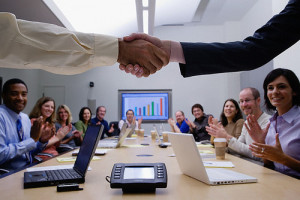 In my book Your Mind Is What Your Brain Does for a Living and its predecessor, My Mind Is Not Always My Friend, I concentrate on how becoming more mindful—that is, being focused with intent in the present, experiencing the present circumstance as it TRULY is, without judgment and interpretation and, most importantly, WITHOUT AN ATTACHMENT TO A PREDETERMINED OUTCOME—helps us to let go of self-defeating behavior and experience more fulfillment in our lives, which ultimately is the foundation of happiness.

George Orwell’s famous book Animal Farm describes this beautifully. The book starts out with farm animals banding together to take over the farm. After getting control, the animals make a manifesto—a mission statement—which states that ALL ANIMALS ARE EQUAL AND WILL SHARE EQUALLY. Pigs become the leaders and initially things seem to go well. Over time, the pigs create a different culture and the book ends with the pigs’ new manifesto: “ALL ANIMALS ARE EQUAL BUT SOME ANIMALS ARE MORE EQUAL THAN OTHERS.”

Organizations have no ability to be mindful; only people can be mindful. Over time, people running an organization will differ in their views and values, reshaping the organization’s culture. Gradually, due to the personalities involved in the culture they create, the organization’s mandate changes, without anyone ever actually approving the change.

This is because “culture shifts” generally occur in a STEALTH manner; we become silent participants in these shifts without really understanding them, even though we are part of that culture every day.

Sometimes a mandate is stated at one point in an organization’s history, but the culture that eventually arises is so far removed in time from the original statement that the people involved don’t know why the culture has taken the particular form it has, even though they follow the rules of that culture.

There is a story that Catherine the Great, the iron-fisted and longest-ruling female leader of Russia—she ruled from 1762 until her death in 1796—planted a special rosebush on her vast estate and asked a guard to stand near it, guarding it, so that it would be safe when her subjects, including peasants, visited the estate. According to the story, 100 years later a soldier still guarded that spot without anyone really knowing why.

In other words, a mandate—“Look after my rosebush”—morphed into a culture that had no real purpose—a palace guard a century later ceremonially standing in a particular spot to protect a rosebush that was no longer there.

How a Culture Can Undermine a Mandate

When an organization’s culture is at odds with its mandate or mission statement, it breeds dysfunctionality. An example of this is our Congress. The U.S. Constitution provides the mandate for Congress. Can you imagine how America’s founding fathers would feel if they saw how today’s Congress has put the mandate into gridlock, due to the culture of partisan politics? I’ve seen this happen many times working with charitable organizations and as chair of the State of California’s Arts Council, and I’ve seen it happen in business organizations; it’s frustrating watching culture insidiously trumping mandate time and time again.

The question is, how does this happen? Even more importantly, what can we do to head off or repair the dysfunctionality that results?

Here’s a personal example. My partner and I started our firm in 1971, owning 400 apartment units that I managed personally. I was a stickler for getting the rents in on time and harped on that for years. Today we have 3,000 tenants and a staff of 75, all instilled with the company culture of making sure rents are paid on time and not allowing any exceptions when it comes to unexplained late payments.

I now see it’s possible that our company culture is mistakenly giving priority to punctuality of rental payments rather than to devoting time to creating a culture that breeds loyalty between landlord and tenant. Rarely has anyone risked asking if we’re shooting ourselves in the foot by favoring timely rental payments over relationships.

Obviously, people in leadership positions have a greater ability to influence their organization’s culture than its other members do—but all people in an organization contribute to the culture. Change can come from the top down or from the bottom up. Sometimes when an organization is highly dysfunctional, change doesn’t happen at all, or it comes explosively, and until it does, it hides in the shadows, waiting like a landmine for someone or something to trigger the explosion.

In next week’s blog, we’ll take a closer look at how the culture of an organization is formed. Then in the subsequent blog, we’ll look at steps we each can take, regardless of our place in an organization’s hierarchy, to influence the organization in becoming a more mindful culture—and what we can do to enhance our own fulfillment in our jobs.