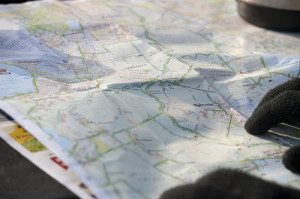 When I learned the concept of acts, I set myself the task of mindfully observing my thoughts and behavior to learn what my acts were.

I began to see, for example, that in situations in which I felt shamed and blamed, the chatter in my mind was something like, “How could that person start shaming me like this, doesn’t he know how much I’ve already suffered since I was eleven!” or “How could that person start blaming me, doesn’t she know I’m wounded and damaged because my father died when I was little!” I began to notice, too, that in these situations, physically and vocally, I would act the part of the vulnerable “poor me” little boy as a way of stop­ping what I perceived as an attack and, instead, eliciting sympathy.

Let me stop for a moment here to explain that all of our acts— and our identity as a whole, really—have three payoffs:

Looked at from this perspective, my “poor me” act was my pro­grammed strategy for making myself right because my machinery perceived the other person as trying to make me wrong. “Of course I’m right!” my act declares, but not by saying that the behavior for which I was being criticized was “right.” Rather, I was right because I was emotionally stunted as a result of my father’s death; it was the only behavior I was capable of, so others needed to give me space! Anyone who asked more of me was wrong to expect, and certainly wrong to demand, anything else!

My poor-me act also was aimed at fending off what my machin­ery perceived as another person’s trying to dominate me by shaming and blaming me into a subordinate position. Since my poor-me act includes the position that I “need . . . help” and that the other per­son is “bad” if he or she doesn’t “help me,” this act of mine is also a strategy to dominate the other person by making him or her help me, that is, come to my aid in whatever I want.

Thus my poor-me act justified me (and my behavior) and inval­idated the other person by declaring that he or she was wrong to demand, expect, or even request anything of me other than what, in my “poor me” state, I was capable of.

As you start to look for the acts that are part of your identity, keep in mind that they may not be consistent with each other. For example, my poor-me act, which portrays me as damaged and pow­erless, is inconsistent with another of my acts, which I’ve labeled “the designated hitter” because it portrays me as the hero who’s ready to take over. My machinery uses these acts in different situa­tions—or even at different times in the same situation.

An excerpt from my recent book, Your Mind Is What Your Brain Does for a Living, now available at Amazon (http://amzn.to/1fekgI3).