A New Way of Looking at Consciousness

Last Friday night I had dinner with a medical ethicist friend, and we talked about consciousness. He said it was a subject that he and his colleagues are constantly debating. From a medical ethicist’s point of view, the consideration of consciousness centers on the definition of life, as defined by a patient having an active brain—being conscious—versus being brain-dead, with heart and lungs functioning but with no activity in the brain. 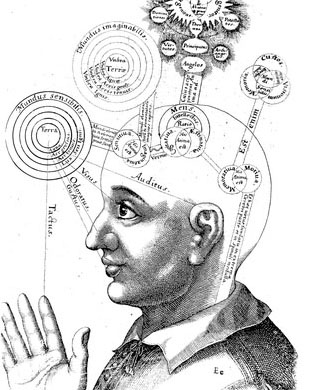 Representation of consciousness from the seventeenth century.

I recently read theoretical physicist Michio Kaku’s book The Future of the Mind: The Scientific Quest to Understand, Enhance, and Empower the Mind (Doubleday, 2014), and was exposed to Kaku’s definition of consciousness, which he looks at from a perspective different from that of my medical ethicist friend.

Kaku starts his exploration of consciousness by saying that it’s difficult to define. To illustrate what he means, he uses an example of an inanimate object—the thermostat for a heating and air conditioning system. He explains that the thermostat is basically a piece of metal that expands with heat and contracts when it gets colder; therefore, he explains, a thermostat has what we might call “consciousness,” but only to the extent of responding to changes in temperature.

In the plant world we see varieties of plants that are conscious of temperature, the position of the sun, and that have unique reactions to rain. We know they are conscious of these elements but we have no way to gauge any other form of their consciousness.

It’s believed that one of the major reasons we humans excel is that we have the ability to project our consciousness into the future, imagining events that have not yet happened, and modeling possible results if we were to handle the events in various ways. We do this by envisioning possible future situations and applying our past experiences to evaluate those possible situations, and then deciding how to respond in the present based on our evaluations.

A squirrel, through instinct, stores nuts for the winter but does little more, while human consciousness allows us to project ourselves into the future in every respect, imagining hypothetical models for every possible scenario that may be useful to inform our actions in the present.

Processing the Models That Pop Up

Understanding our consciousness in terms of modeling can be helpful in our everyday lives. Now when I realize that my mind is theorizing future events, which haven’t occurred, I ask myself, “Is the voice in my head modeling something that I need to listen to right now because it can be useful, or is it just mindlessly chattering, taking me out of the NOW?”

It’s clear to me that I have a choice about how to respond to the modeling that the voice in my head proposes: I can mindfully listen and evaluate for possible value whatever pops up and pay attention to it if I decide it has value, or, if I decide it doesn’t, I can allow the thoughts to pass through my mind in the same way that clouds can pass through the sky, without my judging them.