Why Is It That When We Are Mindful, We Are at Peace— as Opposed to the Constant “Pinball Game” That Goes through Our Mind When We Are on Automatic Pilot Listening to the Voice in Our Head?

Why I Love The Four Agreements by Miguel Ruiz

The Mind and Technology

An excerpt from the Introduction to my upcoming book, Your Mind Is What Your Brain Does for a Living, now available for pre-order atAmazon. 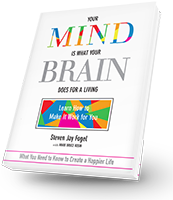 Imagine what it was like living in 1491 when people thought the Earth was flat and that if you went to the edge of it you would fall off. Then, in 1492, Columbus sailed to the Americas. It took thirty-three days for him to make the voyage and almost seven weeks in 1493 to sail back to Europe with the news that the Earth was round. That was a sea change for humankind’s understanding of the planet, and it took a long time to occur. Now it seems as though sea changes are happening every five minutes.

Technology has changed everything in our lives and will continue to do so at speeds previously unheard of. Digital and cellular/Internet connectivity have revolutionized communication and made it easy to be in touch instantaneously with anything or anyone anywhere. We don’t need to remember as many personal facts—birthdays, phone numbers, appointments—as we used to or even do simple calculations since our smartphones perform these func¬tions for us. We don’t have to remember other types of general facts, either, because they are instantly available on the Internet.

People who aren’t computer, Internet, and smartphone liter¬ate are increasingly isolated from those who are. Technology has changed the economy by simultaneously creating and eliminat¬ing jobs in every field. Frequently we now deal with digital voices, making much of our lives literally impersonal, as well as frustrating and alienating.

Digital communication and social networking were the back¬bone of the Arab Spring uprisings of 2012 that led to changes in gov¬ernment and gave us a view of history as it was actually happening. But in America many of us are confused about what is really happen¬ing and what it all means because the reporting and commentaries of Internet columnists, bloggers, and political organizations are so partisan and conflicting that it’s hard to tell fact from fiction.

We worry about identity theft, viruses, phishing for our money. We worry about credit reports, and with good reason: One out of five credit reports contains a mistake, and the credit-rating agencies and credit card companies have a dismal record of correcting them.1

All of this—not just the things we worry about individually but the change itself—creates anxiety at both a personal and a global level. So many far-reaching technological innovations have arrived in such a short time, and so many keep arriving, that we haven’t connected the dots to tell us how to cope with such massive change. Our society has not yet created the mental infrastructure needed to integrate all the changes, and this creates an underlying nervousness that affects all of us.