Embrace Your Dark Side

I’m single again after two long-term marriages. I was 22 when I first got married, and it was before the birth control pill, legalized abortion and the sexual freedom born in the hippie era. The word relationship wasn’t in my universe and the idea of “hooking up” with a woman without getting married meant in my mind that she would instantly become pregnant followed by a “shotgun marriage” or an illegal abortion, which was super dangerous. I still believed the 1950s notion that having sex with a girl without marriage was “taking advantage of her.”

Back then I hadn’t gotten over bodily shame from being an overweight adolescent, and I saw myself as somewhat “defective” in the “feeling department.” These combined into a belief system in which I pictured myself at the end of a long line of more desirable guys vying for the attention of the girls I thought were cool.

After nine years of marriage to my high school sweetheart we divorced. It was the middle of the sexual revolution of the VietNam and hippie eras. I was 31, successful, slim, running six miles a day, and in therapy. But my inner-world sense of self hadn’t changed very much, and I believed it was due to my sexual repression, resulting from only having one lover, my former wife, and I thought that the “right new lover” was the key to my happiness.

In the early 1970s “hooking up” on the first date was as common as shaking hands but it didn’t work yet for me because I was still working on my old default belief systems. My therapist helped me to become better attuned to the signals my dates were sending and the limitations of my old thinking, which changed everything for me in terms of sexual intimacy, but internally it was a different story. I was still hiding my feelings of unworthiness, reinforced by the voice in my head with its never-ending self-criticism. I thought that any great lady would dump me if she knew how I felt inside.

Five years later I was once again in a loving and faithful marriage to a beautiful woman. Eventually, after many more years of therapy, I learned that I wasn’t emotionally defective; I was simply a human being with some insecurities as most of us have insecurities, and that I had nothing to hide. In hindsight I saw that up to that point I had built an elaborate strategy of “don’t ask/ don’t tell,” which had kept me from true connection to myself and to anyone else.

I was able to reshape my thinking over the years, which current neuroscience explains in terms of our brain’s malleability or neuroplasticity, which allows us to remodel our brains at any age and gives us the ability to think and act in new ways. I was no longer willing to stick to my “don’t ask / don’t tell” plan, and my wife and I grew apart. Eventually the kids finished college and started independent lives and we agreed to end the marriage.

When I entered the dating world again, the rules seemed to have changed back to the ”three-date” waiting period in order to be sexually intimate (kind of like the three-day waiting period to buy a gun or get a high interest loan). But for me the biggest changes occurred from learning about myself and the wisdomthat comes with grey hair. I learned about attachment longing, which in my case came from an overly-dramatic mother and the early death of my father, resulting in what felt like a bottomless longing for the “‘right” romantic attachment. Up until then I had thought that the “right woman” could fix things inside me as it did for Jack Nicholson’s character in the movie AS GOOD AS IT GETS, who says to his lover, “You make me a better man”. Today I understand that I’m the only one that can fill my need for attachment and love.

Today my new-found ability to be fully self-expressed has freed me from the solitary confinement that comes from living in a “don’t ask/don’t tell world.”

Now my biggest turn-ons occur when I’m with someone who is wired psychologically and emotionally in a way that’s complementary to the way I’m wired,resulting in a true connection between us. Now I understand that good sex doesn’t occur in the body, it lives in our minds and that the only thing that matters to me is the exchange of energy that is generated from living a life of integrity and compatibility. For me, this means that if a woman is curious, playful, empathetic, has a sense of adventure, and a love of the spirit, which comes from introspection and personal growth, anything is possible.

Letting go of my old default positions has allowed me an inner peace that creates fearlessness, which, inturn, creates power and possibility. Now I am truly enjoyingthe best part of my life. 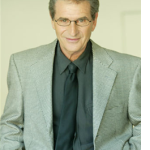