Organizing Principles and You

Saving a Crust of Bread 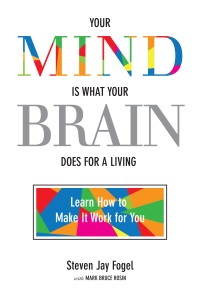 Connie Weisman, one of my first spiritual guides, told a story that profoundly illustrates how fear and mistrust prevent people from truly sharing all they have to share, even though there is no logical reason for withholding and doing so is self-destructive.

Two Russian political prisoners in the 1970s became incredibly close friends in a Siberian prison camp. The prison had no walls because the frigid climate, the ever-present snow, and the long distance to the closest village prevented prisoners from attempt­ing an escape. After many years, the two men agreed they would rather die than continue their present existence, so they decided to escape—or die trying.

They started saving crusts of bread to sustain them on their jour­ney to freedom. When they had enough bread crusts, they started out. The journey was even more difficult than they had anticipated. Finally they ran out of food and neither of them could go a step further. They collapsed in the snow, prepared to die, not knowing that a village and safety were only a hundred yards away. When the villagers found the two escapees, they were unconscious and close to death. Back in the village, where the men were being revived in hospital beds, the villagers found that each man had one crust of bread hidden in his tattered clothing—a crust of bread that he had withheld from the other and had been saving for himself alone. Even at the end, as they were about to collapse and probably die, neither man took that crust of bread from his pocket to share with his friend.

In hindsight, I now see that because of my fears I withheld a part of me, even in my marriage. That was my emotional crust of bread. Without being aware of it, I was experiencing life within the prison of my own default programming!

I longed for the feeling of unconditional love and safety, but since I’d never experienced it in my childhood, I didn’t know how to create it or why I didn’t have it. Now I understand how critical our early attachments are to our future relationships.