Where It All Begins: The Healthy Functioning of Your Prefrontal Cortex 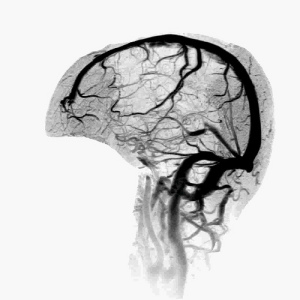 Scientists’ findings about the value of a healthy middle prefrontal cortex are only part of what they’ve discovered about this crucial part of the brain. Another fascinating fact is that the first seven of the functions of the middle prefrontal cortex (regulating your body, attuned communication, emotional balance, response flex­ibility, insight, empathy, and modulating fear) are also outcomes of a secure relationship between parent and child during the first few years of a child’s life.

The more attuned a parent is to his or her young child, the safer the child will feel; the more secure the bond between parent and child will be; and the healthier the child’s development will be in the first seven areas the middle prefrontal cortex participates in that enable us to modulate ourselves mentally, emotionally, and physically. Thus, parents who are mindful in their relationships with their children provide secure attachments. As Siegel puts it, “COAL [curious, open, accepting, loving] is exactly what parents who provide secure attachment to their children have as a stance toward their kids.” Conversely, because of a parent’s own genetic background, childhood traumas, current issues, and lack of self-un­derstanding, the more that parent is what I’ve referred to as a “wire monkey” parent, the less mindful the parent will be, the less safe the child will feel, the less secure the parent-child attachment will be, and the less healthily developed these seven functions will be for the child starting in childhood and going into adulthood.

This finding helps us understand what I’ve discussed in the past about ruptures in emotional attachment being traumatic for children, and why it is that if less than around 50 percent of such ruptures are repaired for a child soon after the event, the child won’t have received what psychologists refer to as “good enough” attunement from the parent (or parents). That lack of good enough attunement is likely to have a destructive effect on the child’s devel­opment in at least some areas, including self-image, self-confidence, self-knowledge, and ability to accomplish goals.

An excerpt from my recent book, Your Mind Is What Your Brain Does for a Living, now available at Amazon.
photo credit: Reigh LeBlanc via photopin cc