How Do You Become a Frog in Hot Water? 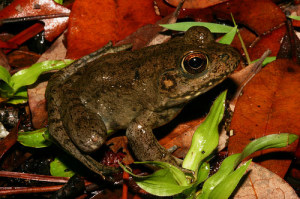 I once heard that if you put a frog in a pan of water, put the pan on the stove, and gradually turn up the heat under the pan, the frog would acclimate to the warm water, continue to get used to it as the water becomes increasingly hot, and would remain in the pan until the scalding hot water kills the frog. I later learned that this is apoc­ryphal; in reality, when the water gets hot enough for a frog to feel it, the frog will jump out. The difference between frogs and people is that often we just remain in hot water as it continues heating up, even though we are distressed by the rising temperature.

Frog-in-hot-water relationships can persist for years, and as such they become the epitome of the dysfunctional patterns of behavior we’ve discussed. They are also very common.

Every day the media tell us about new frog-in-hot-water situ­ations: politicians who repeatedly have sexual affairs at the cost of their reputations and the humiliation their actions bring to them­selves and their families; celebrities who go from one bad marriage or one self-destructive situation to another.

And every day I see frog-in-hot-water situations in the lives of people I know. Here is a brief sampling.

I became fascinated with frog-in-hot-water experiences a few years ago when I was doing research for this book. I reread the thirty-three years of entries I’d written in my journal and was shocked to see that I had said the same things in 1983, when I’d been married for five years and started to keep my journal, as I did in 2005 about the frustrations that eventually caused the end of my marriage after twenty-seven years.

I was amazed to realize that I was in pain when I made those first journal entries and that the pain only got worse year after year. My wife and I were both “frogs in boiling water”; why, for all that time, which included hundreds of therapy sessions, didn’t the two of us make peace with the situation, fix it, or leave it?

In this section of the book, I’m going to apply what I’ve dis­cussed about the mind and the brain to explain why and how some of us remain frogs who sit suffering in our pans of hot water, and how, if you’re in this type of situation, you can learn to make the choice to turn off the heat or jump out of the pan.

Earlier I said that there are always three ways to end your suf­fering in any circumstance in which you’re in pain: Door 1—accept the situation exactly as it is, warts and all; Door 2—change the situ­ation; or Door 3—remove yourself from the situation. So, it may seem as if the answer is simple: If you’re in a pan of hot water, just choose one of these doors and you’ll no longer be a frog suffering in hot water.

Although the solution of choosing one of the three doors is simple, actually choosing a door is extremely challenging for some of us, at least in certain circumstances. Looking at how and why we remain a frog in hot water is only the first step; the second step is learning what we must do to choose a door; the third, and perhaps hardest, step is having the resolve to do what’s necessary to con­tinually interrupt our machinery’s default system that’s keeping us stuck, so that we can make a mindful choice to accept the situation, change it, or leave it. Part of this is having the resolve to stick to our choice even if we believe that, painful as it is, we can survive the pain of our frog-in-hot-water situation and we fear the unknown awkward pain of change.

I’m sharing my experience because I think it’s typical of the pat­terns that keep so many of us stuck.