Dealing with the Anger in My Past 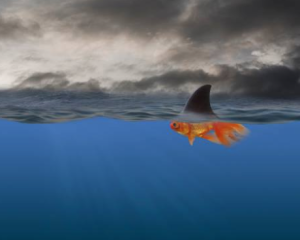 Although I didn’t realize it as a child, I recognized later that I was angry at my older brother for not being there for me emotionally; enraged at my father for leaving me by dying; and angry at my mother because I felt that she was so fragile she couldn’t be depended on if I needed emotional support; that, instead, I had to take care of her and myself, something that, as a child, I was completely unequipped to do. Later on, I was frustrated with all the people close to me whom I felt I needed to take care of when I also felt that they should do it for themselves. I believed it was up to me to take total responsibility for them and to give them everything they wanted, even though I didn’t want to be an indentured servant.

It doesn’t matter whether my interpretations of the experiences that led to this anger were entirely accurate; they were my perceptions, my interpretations, and the anger I felt was a result of what I subjectively experienced. I didn’t recognize that my brother had his own machinery, which cut him off emotionally from me. I didn’t allow myself to consider that I might be angry at my father for experiences I had with him during his lifetime, as it didn’t seem fair to be angry at him because he died. I didn’t recognize that my mother’s delicate emotional state resulted from her own traumatic background.

I interpreted my mother’s fragility as her strategy to communicate that I had to take care of her and of everything else if I wanted to survive. I felt that it was up to me to hold our whole world together. In hindsight it felt overwhelming, and it frightened me, and, as I mentioned, it made me angry that it was all up to me. I never expressed this anger to myself or to anyone. I just swallowed it down, hiding it while it grew and grew. The repetitive pattern of taking on the responsibility for others close to me reinforced the neural pathways for this behavior, thereby strengthening my caregiver programming, and that increased my anger.

With all this burning inside me, ready to explode, you’d think that I couldn’t help but feel and recognize how angry I was, but I didn’t. My defenses, on automatic, continued blocking my feelings of anger and rage as well as my ability to know that these feelings existed in me. But sometimes my anger, unbeknownst to me, would explode in situations with the people closest to me. If they confronted me by telling me how angry I was, I’d deny it. Gradually, in therapy, I came to understand that I had a lot of anger, and why I had hidden it from myself for so long.