Therapy and the Voice In Your Head

Are Your Dreams Outside the Lines?

“The Secret Life of Walter Mitty” is a famous short story by James Thurber about a man who leads a mundane life but daydreams about heroic deeds. To me, that quality defines what I think of as a “closet outlier.” 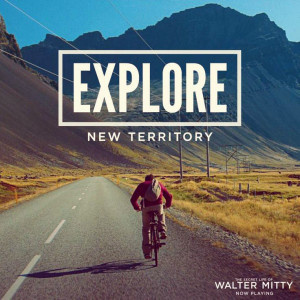 My elementary school teacher, speaking in a dictatorial manner, taught us when we were learning to write in cursive that it was VERY IMPORTANT to write “ONLY within the lines and NOT outside the lines.” The instruction was the same when it came to coloring books: “Color right up to the lines but not outside them.” I wonder how Walter Mitty might have lived his life if he’d been encouraged to be expressive, to create an expanded sense of self that dared to “live large” and “outside the lines.”

The Oxford Dictionaries defines an outlier as “a person…differing from all other members of a particular group or set”; in other words, a person who doesn’t conform to the characteristics that describe the majority of the group. Metaphorically speaking, an outlier is a person who does things “outside the lines.” I use the term “inlier” to describe the members of the group who share the majority’s characteristics.

Flash forward from childhood instructions and we can see why many of us are inliers, living strictly “within the lines,” which results in having little flexibility either for living “outside the lines” ourselves or for people we consider to be living outside the lines.

Many of us are so fixed in our beliefs that we won’t allow ourselves even simple pleasures because we consider them “outside the lines” for us. If we approach life with this mindset, we limit our behavior in a way that removes many opportunities for fun from our lives. We can even become “wet blankets” by prohibiting ourselves from acting in ways that many other people would consider perfectly appropriate. Take, for example, how we dress. Do we stick with a tried-and-true wardrobe, clinging to the same “threads” and hairstyles for a lifetime, staying away from new and distinctive styles, colors, and fashion statements?

Limiting ourselves to always staying within the lines comes at a price. When we censor ourselves by acting automatically in accordance with our interpretations of what our teachers, caretakers, or other people we considered to be “authorities” told us about “rules” for being “right and proper,” we do it at the cost of our ALIVENESS AND JOY!

Why Being Walter Mitty Can Hurt Us

By their own assessment, the Walter Mittys of the world live a less-than-satisfying life, restricting their aliveness and joy to their daydreams instead of experiencing them in their everyday lives. They limit themselves to living inside the lines while denying themselves the self-expression that is at their emotional fingertips.

The question is, why should we put ourselves in a prison that blocks our happiness instead of living fearlessly?

As long as it doesn’t hurt anyone else and it’s not against the law, let’s work at challenging our self-restrictions of writing and coloring and living only inside the lines, and give ourselves permission to explore a more expansive, spontaneous, and creative life, and let’s encourage and acknowledge others in doing the same!